Hope Of SDN Being Translated To Action And Real Products 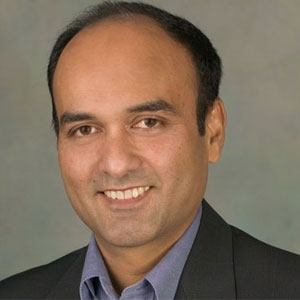 What significant changes did the networking sector witness in 2013? What did these changes mean to vendors and customers?
In 2013, the industry finally saw the hype and hope of SDN being translated to action and real products. To our customers, the CIOs and network administrators handling IT apps that are at the heart of their business, it means having a network infrastructure as fluid and instantaneous as their compute infrastructure, without losing control or visibility. It means ultimate agility and efficiency, in accordance with policies that they set, every time across their entire array of assets and datacenters. To vendors, it's simply the dawn of a new era that is driven by responsiveness to needs of user groups and their cloud-based applications.

What are some of the changes you had anticipated would happen in 2013, but did not happen?
Clarity provides confidence and empowers broad adoption of new technologies. We expected that 2013 would yield greater clarity surrounding the real value of network abstraction and automation, taking the discussion beyond "SDN-washing" and zoning in on real use cases and tangible benefits. While great progress was made, considerable confusion remains in the market at large. We are striving each day to provide that clarity as we interact with and learn from our customers and partners.

Can you paint us the picture of how landscape for networking sector will change in 2014? What are some of the broader trends you are closely watching?

“In 2014 we expect real deployments of SDN to emerge, most broadly in the evolution of datacenter networks for the cloud, but also extending to wide area networks. 2014 will be about operationalizing software-defined cloud networking infrastructure, and discussions will be more about how rather than why.”

Can you highlight how the customer spends in this sector will change in 2014? What makes you think customers will be buying more/ less?
We are still in the early days if what will prove to be a meaningful shift. Many have already been quite bullish in market projections, but I think it's most appropriate to focus on delivering value and solving real problems. When we do that, customers will invest their valuable dollars to reap the benefits. We have seen that already in 2013 with our first three customers and the dozen trials we have completed.

What's in store for your company in 2014?
2014 should be even more exhilarating than the past year, and that is saying a lot. We are in the midst of very exciting times and right in the thick of a very important shift as networks align with the cloud-based IT applications they support, to be as nimble and unconstrained as CIOs need them to be. We are really excited about what lies ahead for Nuage Networks and for the industry.

Leveraging Quality Engineering and DevOps to thrive in the face of...

Pioneering the Future Through Technology Innovation