Re-Emergence of SDN Benefits and Outcomes

Re-Emergence of SDN Benefits and Outcomes 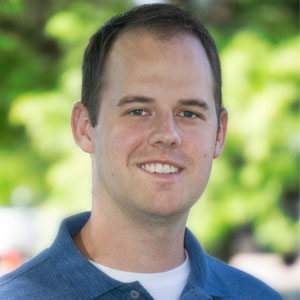 Software Defined Networking (SDN) has been around for almost two decades. The concept was extraordinary and innovative then, but could be considered less-so in 2018. While the excitement surrounding this concept has aged a bit, real-world benefits and outcomes are emerging and bringing renewed interest.

In the early 2000s (SDN’s infancy), business-critical applications existed mostly on physical servers. A few lucky businessesmay have been in something resembling a data center, while most servers were probably scattered around offices. And let’s face it, some were running on personal workstations. The ‘paperless office’ was a term, but the majority of businesses were still mostly analog.

SD-WAN provides greater visibility into circuit usage and site-to-site connections, which have traditionally been more of a black box

Around 2010, virtualization was becoming reliable and compelling. It was cost-effective, easily backed-up via virtual images and able to be centralized in data centers. Server images could be built specifically by function (e.g.,database, web, application server, etc.) for greater efficiency and flexibility. The dawn of mainstream distributed computing was about to change IT significantly. Coupled with the fact that laptops and VPN were becoming ubiquitous tools at work and VOIP was taking off like a rocket, advancements in virtualization meant more knowledge workers were pushing the limits of how and where they worked.

Today, data centers, remote offices, public cloud and SaaS offerings all rely heavily on the internet, therefore the applications businesses and employees depend on the most,are everywhere. By 2020, the majority—79 percent, according to 451 Research1—of businesses project their workloads/applications will be using a combination of these, generally referred to in IT parlance as ‘Hybrid IT.’ In addition, these same applications are being consumed from multiple platforms, by a highly mobile workforce, using a variety of computing devices. A secure VPN may still be part of that solution due to various application delivery mechanisms, federated authentication, SaaS and Mobile Device Management.

Why does this history matter and how does it aid in business innovation and transformation? It matters because of the proliferation of applications and the way they have changed how business happens. Today, accessing those Apps is the most important factor. The applications can ‘live’ anywhere and they are being consumed by users, anywhere. Of course, these apps have to run on infrastructure that existssomewhere.

Infrastructure is not something most C-level decision-makers think of as exciting or able to influence innovation in their business. By abstraction, however, infrastructure is directly responsible for the performance and availability of the applications. Therefore, it is incredibly important to everyone who depends on it.

For many businesses, Software-Defined Wide Area Network (SD-WAN) is the answer. Because nearly every business today connects their applications across a wide variety of disparate WAN transports and varying internet access designs, SD-WAN is quickly becoming one of the most necessary technologies to all businesses.

Traditional Enterprise WAN architectures are cumbersome and complex. In fact, most often, businesses have one or more circuits,each using multiple edge routers to direct traffic through those circuits. Complex routing designs arethen required to enforce technical failover or load-sharing policies. Most often, these are human-configured and therefore error-prone and difficult to test.In addition, there must be conversation around how to handle direct internet access for servers and end users.

In the case of SD-WAN, intelligent routing of traffic to various circuit and transport types is the big win. SD-WAN provides greater visibility into circuit usage and site-to-site connections, which have traditionally been more of a black box. With greater visibility comes increased understanding—and data!

These days, as we all know, data can help us make better, more informed decisions. Putting that information to good use enables innovative use of existing connectivity, which can translate into significant cost savings for businesses.In addition, it leads to more efficient use of connections to the internet and Apps—wherever they may reside.

Efficiency can also be found in the configuration and maintenance of the infrastructure. For businesses with multiple locations, or new branches, these efficiencies are easily recognized when onboarding those new sites and can lead to smarter routing via SD-WAN solutions. In the long run, this can result in:

•  Less chance for human error, which may come from constant human interaction for moves/adds/changes; and

•  Stronger security policy since network traffic can be segmented over the WAN, enabling different VPN connections by traffic type, which heightens security and makes threat hunting and post-breach forensics much more effective.

Digital Transformation is happening everywhere. No market—technical or geographic—is exempt! Technology has eroded the barriers to entry for dark horse competitors who are using cloud solutions and ubiquitous technology, thereby leveling the playing field in a way most companies are unaccustomed to. While SDN may improve efficiency and cost savings (which is always welcome) in this climate of rapid innovation, Software Defined Networking solutions can be key in remaining competitive.