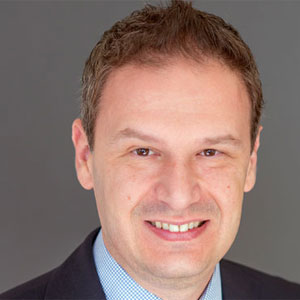 The concept of ‘net neutrality’ is based on the idea that each packet of data transmitted across the internet is considered equal. This is the prevailing opinion in North America and Europe (the FCC has already committed to net neutrality and its open internet policy). In this case, ‘equal’ means that the data that people send and receive all have the same importance and priority, no person (or the data involved) is treated any differently compared to other users. While it’s acceptable for consumers to pay for better bandwidth, it would conversely be in violation of net neutrality to punish by providing poorer connectivity/bandwidth because of where a consumer is located, what internet service provider they use, or because of what they’re doing on the internet.

"The actions of the aforementioned service providers, the outcry over low-quality video streaming experiences, and potential signs of consumer harm by  increased fees have heightened regulatory scrutiny"

The Issue at Hand

Netflix-the Center of the Storm

Netflix is the largest producer of traffic in North America, and at peak periods, accounts for about one-third of all internet traffic. Netflix distributes its content through a number of ISPs. These ISPs carry Netflix’s traffic and distribute it throughout the broader internet, but certain service providers (networks that receive Netflix traffic from its ISPs) saw the physical port connections between them and the ISPs become congested and overwhelmed.

Comcast was one of the primary examples of one of these congested connections that resulted in poor streaming video performance. Comcast refused to upgrade these connections to handle the traffic leaving Netflix with two options:
*Expand the number of its ISPs, often paying higher prices than what its current ISPs charged
*Reduce the quality (resolution) of Netflix videos being streamed, which lowers data traffic.

Both solutions proved inadequate in reducing traffic to a satisfactory degree at these particular routes and customers continued to experience poor streaming video quality.

Eventually, Netflix was forced to establish a ‘direct bilateral agreement’ with Comcast to equip, maintain, and administer new connections exclusively into the Comcast network. The net result to Netflix is that the cost to deliver their video to Comcast’s subscribers increased. Similar to Comcast other service providers have an incentive to not upgrade certain connections of their networks unless there is a way to monetize the cost associated with these upgrades.

Net neutrality currently doesn’t force incumbent service providers to upgrade their networks to accommodate congested traffic routes. As such, service providers would only upgrade their networks if there is a business case associated with these upgrades. Their unwillingness to proceed with upgrades to accommodate increased traffic growth is justified for two reasons:

.Cost associated with adding equipment and fiber infrastructure across their respective national footprints. The capital required would pressure cash flows (and by effect, dividends and share buybacks).

.These incumbent service providers have major legacy businesses (cable service, voice revenue, etc) that they clearly don’t want to cannibalize by enabling/incentivizing consumers to become ‘cord cutters’ by canceling their legacy services and adopting over-the-top services like Netflix and Skype.

The incumbent providers are encouraging consumers to pay for more expensive packages (eg, Verizon’s FiOS Quantum and Comcast’s XFINITY) under the premise that their data speeds will improve and buffering will decrease. However, this is subject to controversy, because the connections into these networks from content providers are congested from the moment traffic reaches their network, which means that despite paying for faster data speeds, consumers continue to experience quality issues. The actions of the aforementioned service providers, the outcry over low-quality video streaming experiences, and potential signs of consumer harm by increased fees have heightened regulatory scrutiny.

For most of 2014, the Chairman of FCC, Tom Wheeler, hinted of a balanced approach regarding net neutrality. In No­vember of 2014, the Obama administration proposed the classi­fication of the internet as a public utility by placing broadband under Title II regulation for Communications Act of 1934. At the time, Mr. Wheeler opposed to the idea and suggested a “hy­brid” approach instead, meaning that only the core of the network would be regulated like a utility. Early this year at CES 2015, Mr. Wheeler appeared closer than ever before to the President Oba­ma’s recommendation on net neutrality. The FCC is likely to vote on net neutrality regulation during the upcoming public meeting on February 26th.

A decision in favor of regulating broadband as a public utility will potentially benefit the consumer in the short-term by lower prices. Longer-term, such regulation poses a risk to innovation in networking given the reduced opportunities among service providers to differentiate their service offerings.