The on-going attempts to counter the throughput bottlenecks on the backbone networks have been quite productive with staggering results. The recent developments in Gigabit testing are proving effective in alleviating the traffic aggregation on such networks. The Gigabit testing remains an area of focus for several companies, and a stand-out company among those is the 2007 founded Xena Networks. Xena enables affordable, easy-to-use, and flexible Ethernet test solutions with an exclusive focus on L2-L3 gigabit Ethernet networking technology. The firm covers all speeds from 1G, 10G, 40G and up to 100G, and offers value and specific advantages to customers from a diverse background including Semiconductor Vendors, Network Equipment Manufacturers, Government Authorities, Network Service Providers, Enterprise and Financial Institutions, Universities and Research Organizations.

The company has found success in effectively bringing down the costs associated with Gigabit testing.A Xena test platform is the perfect alternative to existing test equipment solutions which comes at an
incomparable price, which makes custom built test solutions obsolete.

The platform creates an open environment wherein L2-3 traffic is facilitated so as to analyze the functions at wire speed. An accomplished product, the XenaManager software is capable of test execution and remote management of test equipments irrespective of their location. In addition, a TCP/IP command line interface allows users to automate testing from any scripting environment.

The other aspect of exceptionalimportance for Xena is the IP & Ethernet conformance and functional testing. Xena Networks in partnership with Veryx Technologies have enabled test platforms that combine Xena’s high performance Ethernet test hardware with Veryx’s test suites.

Xena Networks is led by Jacob Nielsen, CEO, and is the recipient of several prestigious recognitions such as the 2013 Global Customer Value Leadership Award and several others. 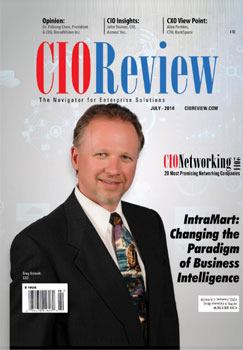