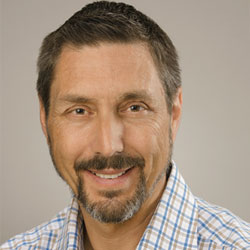 Zane M. Taylor, CEO & Co-Founder
Today, enterprise networks are becoming increasingly complex and are responsible for housing and managing more data than ever. This has put a huge amount of stress on network tools that monitor performance. A shutdown or a bottleneck in such a large-scale system will take a serious toll on business. Service downtime is not an option for companies with customers living in the ‘always connected’ generation. If such problems could be predicted well before they happen, network troubleshooting could become much simpler. “We are giving the user a solution that encourages an interaction with their data, specifically “alerts” from the Anticipation EngineTM to aid them in solving intermittent behavior issues,” says Zane M. Taylor, CEO and Co-founder at Sideband Networks, a California-based company that offers network-monitoring tools and solutions that are designed to understand and work with such complex networks.

Sideband Networks delivers the ability to look into live traffic in network architectures and prioritize events into network alerts. It also gives users the freedom to implement policy and change network management controls. “We allow our users to define and create exactly what they want, unlike our competition which gives users very little option for customization,” says Taylor.

Take the case of a company working in the Energy vertical that was plagued with intermittent network connectivity issues.
The in-house network team tried nearly half a year to solve the problem, but failed as the network was large and multi-layered. Implementing Sideband Network’s solution into the scenario enabled the client in just a day to pin point the faulty switch that was responsible for the discord.

We are giving the user a solution that encourages an interaction with their data, specifically “alerts” from the Anticipation EngineTM to aid them in solving intermittent behavior issues

Sideband Networks credits this quick response to its well-designed Anticipation EngineTM that is core to their solution architecture. The engine provides real-time network-data and alerts to network troubles in advance. “To make a product relevant, you have to make a product that can be easily trusted. We stand to prove this,” says Taylor. “We are giving the user a viable means of interaction with the engine and have it work for them in a better means of enablement,” he adds. In the current economic scenario, to help companies expand, consultants are hired to solve many problems. Sideband Networks aims to improve this by creating an environment in-house, where solutions can be created and deployed effortlessly. The solutions are also compatible across a myriad of vendors. Further, the patents held by the company keep the competition at bay.

For the future, Sideband Networks plans to increase the co-ordination aspect of their product. This will aid the feedback given to the reconnaissance API engine. The company also plans on improving the network communication and automation aspects of their software and hardware solutions in the years to come. 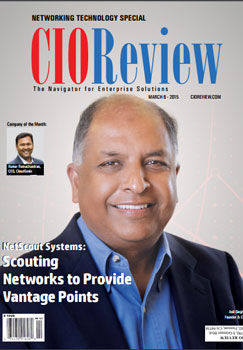