Ken Garrard, CEO & President
“Security starts with authentication; you cannot have a secure environment without trusted authentication in place.” For Ken Garrard, it was this realization, coupled with the prospect of prevailing security norms running out of steam, which instigated him to co-found Aunigma Network Solutions in 2006. The stature of networking is undergoing a sea of change with the influx of virtualization, software-defined networking (SDN) architecture, and IoT. This translates into an increase in vulnerabilities for the network substratum at large. “We took a bold step in finding a core solution that would reinvent authentication and secure data transport,” affirms Ken Garrard, CEO, of Aunigma. The company has since kept a tight rein in the networking arena, throwing focus on network security and reliable connectivity.

Aunigma provides a next generation authentication and transport protocol by infusing security paradigms within the scope of the transport layer in the TCP/ IP stack. This merged transport protocol based on User Datagram Protocol (UDP) will form a proactive line of defense in a network topology, eliminating transactional threats such as “man in the middle”, intrusion, and DDoS attacks. “Aunigma offers ultra-secure network authentication/access control and transport without relying on dated protocols,” Garrard adds.

The flagship product, ANS FabriX, has evolved through a series of constructive R&D stages of parsing the various networking components in use today and utilizing them within a unified platform. ANS FabriX is a composite suite of avant-garde network authentication and operational fortification modules that greatly enhance an enterprise’s infrastructure security mechanism. Purpose deployable, a solution can be deployed either as a hybrid or as virtual security platform and has tailored topology from LANs to WANs.

“ANS FabriX can be retrofitted onto legacy infrastructures as well as evolving architectural frameworks, including SDN, Network Function Virtualization (NFV), and Internet of Things (IoT),” Garrard states. Along with agility, a demand feature of modern networking, Aunigma’s product has advanced multi-factor authentication, virtual segmentation, near real-time system logs, and the ability to sustain when under any attack.

ANS FabriX acts as an invisible, dynamic, impenetrable, adaptive, and agile communication solution and successfully averts all attack vectors but the physical. Garrard illustrates a real-life application of ANS FabriX, where in a session-based connection is established between two authenticated endpoints prohibiting service traversal. In this case, with FabriX underpinning the link, both the devices are isolated in such a way that no constituent can transgress the activity or session and snoop around the network.

Aunigma has employed an individualistic approach to effectively address the varying networking needs of clients pertaining to their specific industries, including adherence to regulatory standards. “We have a very diverse and agile platform that we can dovetail and tailor in accordance with a customer’s network topology needs,” says Garrard.

Always staying a mile ahead of competitors, Aunigma makes ongoing investments in resources to continuously solve complex challenges. “The enterprise ecosystem is ever-expanding and it is imperative to enforce progressive protections for the user… ANS FabriX protects throughout the entire network topology,” notes Garrard. Sure enough, Aunigma’s unique, and indigenously developed methodologies take up the vantage point, helping organizations to connect and secure their infrastructures more effectively. 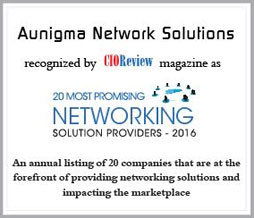 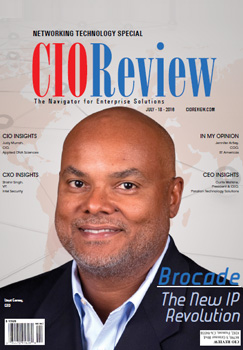