The City of San Francisco Edging Toward the Internet of Things

The City of San Francisco Edging Toward the Internet of Things 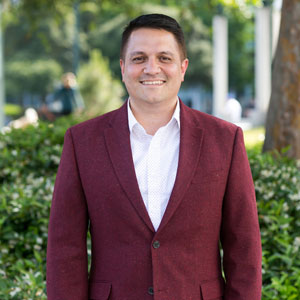 More posts by this contributor:

Share your experiences through CIOReview
As the Innovation Capital of the World, San Francisco is now positioning itself to become the hyper-connected Capital of the World. We are working to realize the vision of Mayor Edwin Lee, and other city leaders to keep San Francisco affordable for our low and middle-income families. This vision can be realized in part by hyper connectivity, led by the San Francisco Department of Technology (DT) in collaboration with The Mayor’s Office of Civic Innovation (MOCI), San Francisco Public Library (PL), and other critical city leadership.

In 2013 and 2014, DT launched free municipal wireless internet access (Wi-Fi) across the city as a step toward a larger vision of connectivity for the city as a whole. Known as #SFWiFi, the network launched in 32 parks, plazas and open spaces, and along Market Street, San Francisco’s bustling public corridor. The service has expanded into city libraries, public housing and marquee city buildings, including City Hall, and we are now planning the next wave of connected public spaces. Our goal with free Wi-Fi is to bridge the digital divide and ensure diverse communities in San Francisco have equitable access to opportunity and innovation.

While maintained by DT, #SFWiFi has been designed and built with private sector partners and contributions, including United Layer, Ruckus, sf.citi, and Google. Broadly, the project is just one way the city is working to offer connectivity for public benefit, improving the life of residents while accommodating the needs of the visitors and businesses that boost our local economy.

Making this possible has meant redefining the culture of DT, seeking collaboration and partnerships, and taking inspiration from the many thriving local businesses that add to the vibrancy and innovative fluidity of the city. We live and work at the epicenter of big aspirations and startup culture, surrounded by innovative companies like Twitter, Square, Zendesk and many more. Thus, we are actively embracing that same level of excitement and energy into how we operate to gain efficiencies and deliver better solutions and services to city agencies and the public.

With continued expansion of access to #SFWiFi throughout the city, more and more people are experiencing connectivity, and I am hopeful that established equitable, accessible and pervasive internet will change the way of life for future generations. If San Franciscans have low-cost, high-capacity broadband access from home, that same network can be used to connect residents to city services and create a more responsive city. All of which depend on having the connectivity in place. City departments and leadership are working together on cost effective innovative solutions to our information infrastructure to provide the technology that we need to succeed in the future. We are excited and looking forward to the next wave in technology innovation to come with the Internet of Things (IoT).

PC, mobile computing and Smartphone devices may have driven the technology industry and San Francisco economy over the last several decades; however, we believe that IoT will be a major source of growth for the next era. Unlike PCs and mobile phones, the market opportunity for IoT is not limited to devices connected to people. Because of this, there is every reason to believe that there will be more active IoT devices than cell phones and PCs combined.

IoT shows growth and impact potential beyond connecting people to things because it is a bridge from “smart” things to other “smart” things. Having the right infrastructure in place will allow data transfer in a way that empowers people to make more informed decisions on the go. Even more revolutionary may be for things to operate intelligently and to communicate independently with each other on a dedicated and highly interconnected network.

For example, imagine using your Smartwatch to check out a book about architecture from the public library. By today’s expectations, this example may not seem innovative. However, shortly after checking out your book, your phone notifies you of an architecture event happening at the public library. You confirm registration with your smart device and receive an e-ticket, and the event is added to your calendar. You are a click away from inviting friends with a similar interest via online social networking sites. Going a step further, you map your walk around the city with your smart device and tag buildings of interest to help curate the event.

Another example would be to use the IoT network to install low cost, battery-powered air quality sensors around the city. These sensors would deliver real-time air quality measurements to residents. In addition, the data can be used to inform city decisions that would result in improved air quality and quality of life for San Francisco residents.

So far, San Francisco has been successful at attracting leading IoT companies. A major challenge for these companies is finding a way to connect low cost, battery-powered devices in large quantities to achieve full potential and mass-market adoption. We have found that a new, dedicated network is needed to make this possible. In response, with MOCI and PL, we’re taking the lead in piloting and testing a network that would cover the entire city and efficiently integrate into city infrastructure. This network, once in place, would connect IoT devices at low cost and continue to give San Francisco the competitive edge in attracting startups and established companies in the IoT space. Ultimately, we hope to deliver improved, and in some cases new, civic services for San Francisco residents and visitors, better than ever.

"IoT will likely be the next big opportunity for the technology industry, and San Francisco is well positioned to take advantage of it"

IoT will likely be the next big opportunity for the technology industry, and San Francisco is well positioned to take advantage of it. By installing a dedicated IoT network, San Francisco can offer residents innovative new services, and continue to pioneer IoT companies, helping guarantee our position as the technology, innovation and hyper-connected world center.

Hybrid Work Has Forever Changed The Need For It In Ramboll

How T-Mobile brought an Un-carrier approach to tech hiring

Great Expectations: Balancing the diverse needs of a city in a...

"Discovery and Delivery" - An Approach to IT Workload Balance