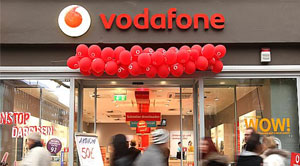 As an agile infrastructure that is ready for production across different workloads, VMware vCloud for NFV comes with integrated OpenStack support that Telcos (Telecommunication service providers) can leverage to launch newer services swiftly.

"Vodafone is continuously improving its state-of-the-art infrastructure to optimize the customer experience, which is why it is the first German carrier to roll out Voice over LTE," said Rui Frazao, Director Network Engineering, Vodafone Germany. "By making the decision to own and manage our own platform and deploying VMware virtualization technology as the basis of our NFV infrastructure. Vodafone has been able to combine the best Virtual Network Functions (VNFs) from different vendors on a single platform, and to bring high-value services to market more quickly."

How can Oracle CX Audience Boost the Usage of Precise Targeting?

What Is The Role Of IT Services In Healthcare?

How to Make the Most Out Of a CRM System?