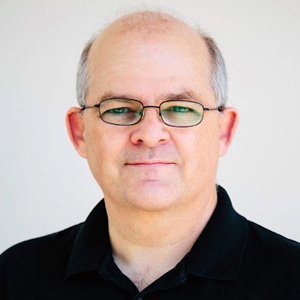 Dennis Vadura, CEO
Despite massive internet penetration aiding the evolution of cloud and IoT technologies to make the world a ‘much smaller place,’ users at all levels of internet delivery supply chain experience Transmission Control Protocol (TCP) underperformance. With the boom in centralized cloud delivery models, volume of upstream (upload) data has become more profound than in the recent past to such an extent that it is now at par with downstream requests, and situations wherein servers on either side misinterpret network parameters have increased. Consequently, there is a rise in instances of ‘false positive’ indications from TCP stack which has always been a meek instrument to merely govern traffic flow ever since the conception of the internet-era. This misinterpretation could, in fact, rise to a point where the server could report congestion that may even lead to throughput collapse.

While users do have a level control on the TCP stack that resides on their network, the other half of the information round-trip time (RTT) depends on the stack that’s based on servers that users interact with. “How do you fix something when what you perceive to be wrong in the network infrastructure is beyond your control?” asks Dennis Vadura, who steers California based Badu Networks as its CEO. The company’s novel approach hits the bull’s eye when it comes to addressing this predicament. By leveraging proprietary algorithm and transparent TCP splicing, the company’s patented WarpTCP technology stack— with a de-bottleneck module and TCP proxy—can subtly position itself in the TCP connection without modifying either the server or the client’s network infrastructure. It reacts to network events in real-time and attempts to discern real congestion from loss to better optimize flows over typically inconsistent networks. As a result, WarpTCP can intuitively deliver increased network speeds by two to three folds.

Depending on use case, WarpTCP is appended with set functionalities and packaged into core product offering namely WarpEngine and WarpGateway physical appliances ideally suited for large enterprises and small premises respectively, and a virtual instance WarpVM which was recently made available in the AWS Market Place.

As a catalyst to the rate of data transfer, WarpTCP can intuitively deliver increased network speeds

One of the company’s client was able to achieve a whopping tenfold efficiency in bandwidth; a client of theirs in Korea saw a sixty percent improvement in speed for a VPN they had been using in Vietnam. In yet another instance, a client faced up to five minutes web page load time for their offices located at lesser urban areas which affected an overall lag in information exchange throughout their 30 satellite offices. Upon deploying Badu’s solution, they were able to bring the load time down to 1-2 minutes. Additionally, the client was able to identify other issues in their network and applications, which upon mitigation can bring the load time further down to seconds.

As a tool that positions itself at the juncture of inward and outward data traffic, WarpEngine holds the potential to be more than an accelerator. Badu Networks, based on client inputs, plans to incorporate security inspection layer and analytics capabilities into the product offering. “Since inception over four years ago, we have proved our product's powerful capability, and we aim to focus more on international distribution,” concludes Vadura. 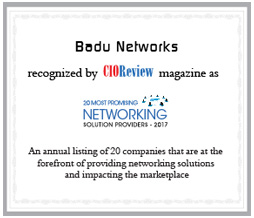 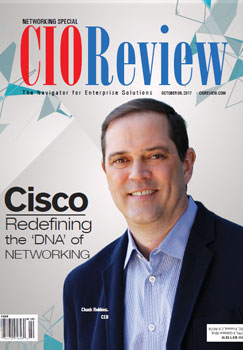