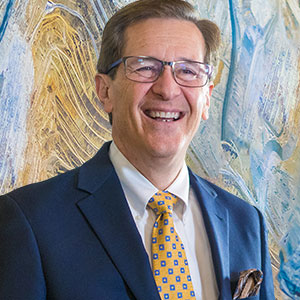 Robert Schena, CEO The factors that spurred the inception of Rajant Corporation goes back to the aftermath of the 9/11 attacks. According to the 9/11 Commission Report, there were several communications failures at the federal government level during and after the 9/11 attacks. Conditions on the ground were not different. Many first responders faced network issues that affected the communication process, dedicated emergency service lines were taxed, and citizens were struggling to make contact by phone with loved ones.

Though the immediate response after the attacks focused more on national security, two visionaries thought about a different approach to avoid such adversities in the future. Robert Schena and Paul Hellhake, who had been working on a new wireless technology for last-mile communications, redirected their efforts to develop a solution. They understood that the travesty was driven by network failure in immense proportions, and the demand for anytime, anywhere access to networks went beyond the capabilities of WLAN. Determined to eradicate this issue, these men gathered together a handful of communication problem-solvers to develop a wireless mesh technology that can minimize communication failures. In October 2001, Schena and Hellhake established Rajant Corporation, with a vision to open up the lines of seamless connectivity between devices and people.

For nearly two decades, Rajant has dominated the networking space with its private wireless networks powered by the patented Kinetic Mesh® network, BreadCrumb® wireless nodes, and InstaMesh® networking protocol. With Rajant, customers can rapidly deploy a highly adaptable and scalable network that leverages the power of real-time data to deliver on-demand, mission-critical business intelligence. Whether it’s provisioning a new network or expanding the existing infrastructure and capabilities, the company’s Kinetic Mesh networks provide continuous, on-the-move access to data and applications in real-time.

What powers all of Rajant’s technologies is InstaMesh, an extremely sophisticated routing and administrative protocol. InstaMesh enables the network to be dynamic, in-motion, and to change without any human intervention. “That dynamism is what we call Kinetic—as the name itself means ‘in-motion.’ In a nutshell, InstaMesh is the OS (operating system), and Kinetic Mesh is a descriptive name that illustrates how our technology works when InstaMesh is applied,” explains Schena, who leads Rajant as its CEO and Chairman. Powered by these technologies, the company also offers many other pervasive, multi-frequency wireless solutions that are entirely mobile, effective, and can operate in the harshest of environments.

Rajant’s Kinetic Mesh is a “living” mesh solution that moves and evolves with the ever-increasing connectivity demands. By using a combination of BreadCrumb wireless network nodes and InstaMesh networking software, Rajant’s Kinetic Mesh networks facilitate any-node to any-node capability to continuously and instantaneously route data via the best available traffic path and frequency—all with extremely low overhead. Rajant’s BreadCrumbs can communicate with any Wi-Fi or ethernet-connected devices to deliver low-latency, high-throughput data, voice, and video applications across the meshed, self-healing network.

After 18 years of evolution, Rajant has been successful in developing a technology that is smart, intelligent, and automatically administers a great deal of what has come to be known as networking

Amongst its diverse clients are behemoths like DP World Antwerp, Anglo American, Norfolk Southern, and DeWalt.

“Now that the ruggedization we introduced in the marketplace became the new standard, we are currently focused on getting smaller, lighter, and less ruggedized. After 18 years of evolution, Rajant has been successful in developing a technology that is smart, intelligent, and automatically administers a great deal of what has come to be known as networking,” says Schena.

But, what’s driving such a dramatic change?

Faster networking technologies with greater processing power and enhanced capabilities are being rapidly pushed into the market (in conjunction with declining costs.) This is powering the concept of autonomy in multiple industries. In essence, what was difficult to achieve in ‘autonomy’ a decade ago due to cost factors is possible today. This is affecting networking globally—both from the vendors’ and customers’ standpoint. The discontinuity of change is dramatic and dynamic right now. As networking technologies become more versatile and affordable, there is an increasing sense of anxiety in the minds of companies across the globe. Their struggle lies in understanding what they need and differentiating between their necessities from what’s new in the market. Adding to the dilemma is the fear of making the wrong decision while picking a technology solution, as newer ones are being launched every single day, which perform better. What’s new today could become obsolete tomorrow.

“At Rajant, we tackle this issue in a fairly different way,” asserts Schena. “While we are continually improving our technology, working on automating networking, and launching new products with advanced capabilities, Rajant’s answer to the discontinuity of change is to understand our client’s networking application goals and needs while ensuring that we never obsolete our own technology.”

Before deploying a solution or even suggesting one, Rajant first understands the client’s requirements by having them answer questions like: What should their network do? How important is security? How much data would they like to access at a given time?

“We never force our existing customers into buying the latest products. We have a cultural policy to ensure that our latest technologies always reach multiple generations back. So, we backward integrate into our own technology. We solve the confusion by allowing them to leverage the technology that they bought from us years ago to meet their current needs. Such is the adaptability and reliability of our solutions—which is what we are known for,” says Schena.

Alongside such a unique approach, Rajant’s biggest weapon at bay is its team of highly qualified employees who share a “culture of urgency” to match and exceed the rate of change and strong vigilance around customer feedback—which explains the solution’s versatility.

First in the list is the KM3 Dual Radio BreadCrumb for deployments inside environmentally protected enclosures.
This flexible, DIN rail-mounted wireless node is a non-ruggedized, dual-radio product, similar to Rajant’s industry-leading ME4 with comparable outdoor performance capabilities and features, without the hardened IP67 housing. The KM3 allows customers to build upon what they already have from Rajant, which saves tremendous cost and space, given that there are no new boxes required.

Next is the ES1 BreadCrumb node, which is a cost-effective option to use in conjunction with all other Rajant nodes to form or expand the coverage of a resilient, autonomously adaptable Kinetic Mesh® network. The ES1 is ideal for IIoT applications and light-duty vehicles because it is compact, lightweight, and costs less. Considering that not all organizations require the extreme ruggedization that Rajant’s BreadCrumbs provide, the ES1 comes in an IP67 package that is ideal for operation in outdoor environments.

At the brink of 2019, Rajant introduced another BreadCrumb® product, the DX2. It is Rajant’s smallest and lightest BreadCrumb, forming a mesh network when used in conjunction with its LX5, ME4, KM3, ES1, and JR3 models. Encased in magnesium, the DX2 weighs 123g, making it ideal for lightweight autonomous vehicles, drones, and small robots.

“Technologies continue to get smaller and lighter, while the demands for mobility and autonomy exponentially grow,” says Schena. Rajant’s DX2 addresses this trend. Being compatible with all other Rajant nodes, the DX2 forms a wireless Kinetic Mesh network that maintains continuous connectivity, unlike traditional break-before-make infrastructures.

But things do not end there for Rajant. While typical players in this space cater to more or less the same list of clients with solutions less capable, Rajant goes above and beyond the status quo by offering its solutions to the sportiest and, perhaps, extreme of events.

A Real Visionary with A Reliable Brand

Recently, Rajant hosted its first-ever, live video-stream of a “man-machine” aircraft jump, using its Kinetic Mesh technology with InstaMesh. Rajant’s radios were attached to four members of the Aerial Extreme Skydiving Team and a set of drones as they embarked on their jump. This provided the team with the fail-safe, continuous connectivity that delivered audio, video, and position information to teams on the ground and in the air in real-time. Rajant’s wireless radios dynamically resolved connectivity issues associated with releasing skydivers and drones from the fast-moving jet. The company’s adaptable, ever-moving web of connection between the plane and landing site effectively overcame many frequency shifts. As the operation became hands-free, it allowed the parachute team to attend to other precautionary matters in flight.

With continuous communication between the plane and the ground, spectators experienced the perspective of the Aerial Extreme Skydiving Team’s and the machine’s descent in real-time via a live video and audio stream. Having data, video, and voice connectivity proved to be a fundamental value-add for safety as lead jumpers were able to give immediate feedback to their teammates about what is being experienced during the fall and on the landing site.

Going beyond man and machines, Rajant has developed more exciting applications such as the “Horse/Pony Mesh.” In this case, Rajant’s technology goes on horses to broadcast live video, audio, and telemetry of horses while they are running, racing, or jumping. “At the heart of all this lies the intelligence and reliability of our InstaMesh operating system and technology that allows us to go after all these different types of applications, markets, and at the very present, is opening up a lot of fun and interesting opportunities for us,” says Schena.

Acknowledging every single change in the networking landscape and embracing it with open arms, Rajant, in every way, has proven the fact that they are beyond mere technology providers. The company continues to evolve and be battle-ready for what’s to come in 2020. “As mentioned, everything is moving in an autonomous mobile direction, and even if a particular industry does not see it, it is most certainly imminent and immediate,” says Schena. “With that being said, I can proudly state that Rajant is truly the only industrial wireless network provider that can satisfy that need and will continue to grow as that need evolves. I will ensure one thing at the end of the day, if it’s moving, it’s definitely Rajant!”

Description
An enabler of secure communications-on-the-move through a real-time, portable technology. For nearly two decades, Rajant has dominated the networking space with its private wireless networks powered by the patented Kinetic Mesh® network, BreadCrumb® wireless nodes, and InstaMesh® networking software. With Rajant, customers can rapidly deploy a highly adaptable and scalable network that leverages the power of real-time data to deliver on-demand, mission-critical business intelligence. Whether it's provisioning a new network or expanding the existing infrastructure and capabilities, the company's Kinetic Mesh® networks provide continuous, on-the-move access to data and applications in real-time 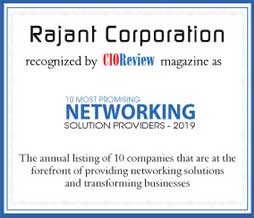 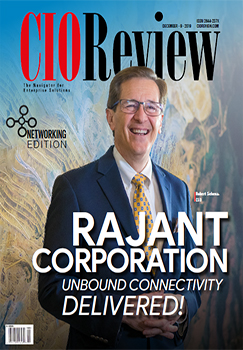